Guy Harvey Resorts asks for your help to support Sea Turtle Conservation. All seven species of sea turtles are listed as threatened or as an endangered species. This reflects the growing issues surrounding coastal development and ocean conservation and the importance of protecting our sea grass beds, beaches and sand dunes to help provide breeding and development grounds for the sea turtles. We would like to start doing our part by partnering with the Sea Turtle Conservancy and other local partners like Sea Turtle Tackers in St Pete Beach and the Turtle Hospital at Whitney Lab in St Augustine Beach. They have existed for over 100 million years, so let’s help keep them healthy in our eco-system!

Book as a member of our Turtle Team with PROMO CODE: Turtle and 10% of your room revenue will be donated to Sea Turtle Conservation. At check-in you will receive your own reusable Guy Harvey Resorts Tervis Tumbler to help reduce the micro-plastics in the ocean, Turtle Team decal, and a turtle conservation info kit. The Turtle Team package is based on availability and during nesting season May 1-October 31st.

Guy Harvey Resorts will now offer paper straws to guest visitng our resort to help reduce the micro plastics that pollute our oceans and threaten sea turtles and other
marine life. Plus 15% of the paper straw purchases will be donated back to Sea Turtle Conservancy and our local partners to help save the turtles.

The Sea Turtle Conservancy, formerly known as the Caribbean Conservation Corporation, is the world’s oldest sea turtle research and conservation group. An international nonprofit 501(c) 3 organization, Sea Turtle Conservancy was founded in 1959 by world-renowned sea turtle expert Dr. Archie Carr to save sea turtles from eminent extinction through rigorous science-based conservation. Headquartered in Florida, the organization carries out worldwide programs to conserve and recover sea turtle populations through research, education, advocacy and protection of the natural habitats upon which depend upon. Over the course of 55 years, Sea Turtle Conservancy’s research programs have yielded much of what is now known about sea turtles and the threats they face, and the organization is applying this knowledge to carry out the world’s most successful sea turtle protection and recovery programs. To learn more click here.

Injured and sick endangered sea turtles come ashore in Florida’s waters throughout the year. Before the Sea Turtle Hospital at Whitney Lab opened, sea turtles that were stranded in the Nassau, Duval, St. Johns and Flagler county areas that make up Northeast Florida had to be transported to facilities in Georgia or central Florida, and often spent hours in transit – time that was critical to the survival of the sick or injured sea turtle. Not only did the influx of these turtles cramp the space available to turtles washing in from the regions where the rehab facilities exist, but none of the surrounding hospitals were permitted to take turtles with the Fibropapilloma (FP) virus – the most significant infectious disease among sea turtles in our waters. Now that the Sea Turtle Hospital at Whitney Lab is open, the team cares for injured or sick sea turtles with Fibropapilloma found throughout Northeast Florida. In 2016, its first full year open, the hospital rehabilitated and returned nine sea turtles back into the wild. For further information click here. 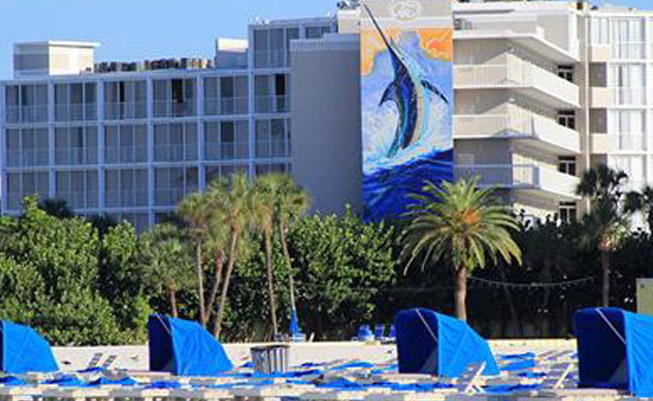 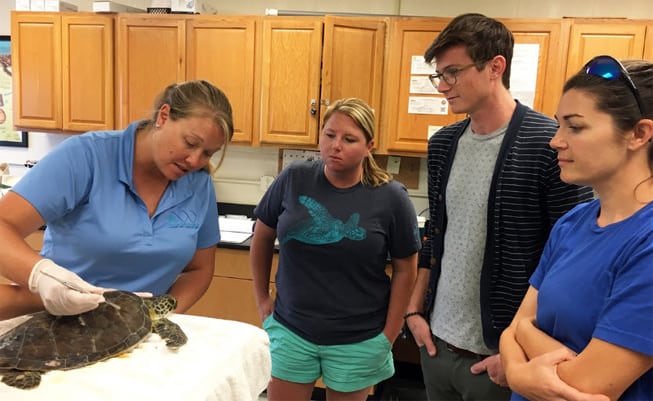 While visiting St Augustine be sure to stop by the The Sea Turtle Hospital at Whitney Lab, which offers tours on the second and fourth Thursday of the month and second Saturday of the month at 10 a.m. Cost is $15 per person. There is a limit of 10 people per tour, so make your reservations early!