Easy access counts when you want to get wet. South Florida Diving Headquarters is located at Hillsboro Inlet 30 minutes from Ft Lauderdale International Airport. Accessible from everywhere. With THREE boats SFDH can get you on the reef or wreck in a matter of minutes. 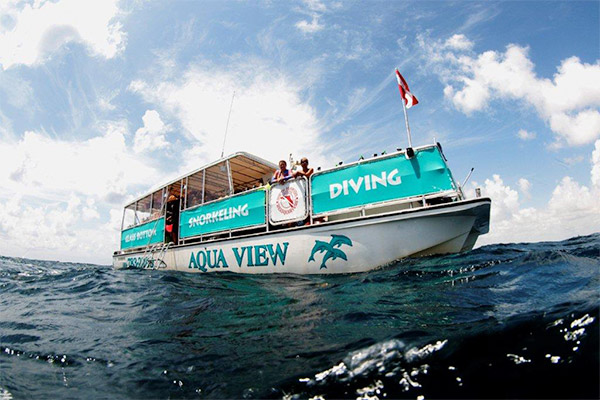 South Florida Diving Headquarters, is THE Outfitter for Guy Harvey Outpost for dive services in the Fort Lauderdale area. Operations are provided by under the direction of Jeff Torode and his staff. Leading diving/snorkelling adventures for over 13 years, South Florida Diving Headquarters has a fleet of three boats including two 45′ catamarans that can accommodate up to 35 divers.

Location : They are ideally located near the Hillsboro inlet making for a very short boat ride to the dive sites popular along this area of the reef line.

The South East Florida Reef Tract extends from Miami northward to Palm Beach. Greater Ft. Lauderdale accounts for 23 miles in the middle of the tract and the largest number of dive sites, with over 100 reef and wreck sites. The reef structures run parallel to the coastline with the Gulf Stream.

Some of these reefs are close enough that you can swim to some of them from the beach while others are just a short boat ride for divers to see hundreds of species of fish flourishing along the coast. Some of the popular dive sites frequented include those listed below. 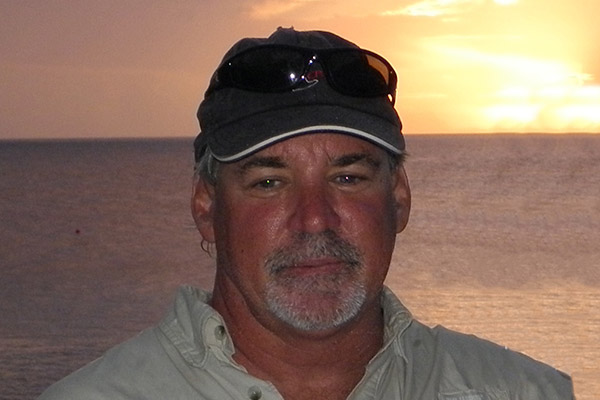 Captain Jeff Torode is a Florida native with over 30 years of diving experience (He started at a very tender age). He has a passion for “BIG” animal experiences; for dive photography and sharing the joy of learning about our underwater world. A natural teacher, Jeff is glad to share his insights or offer tips.

Jeff is committed to the protection and conservation of Florida’s marine ecosystems and sustainable eco-tourism, receiving commendations from Ocean Watch Foundation and SEFCRI. He has also served as the Greater Ft. Lauderdale Dive Association President. Currently, Captain Jeff is a Vice Chair for the South East Florida Coral Reef Initiative (SEFCRI) and the Dive Industry representative on the Coastal Oceans Task Force. 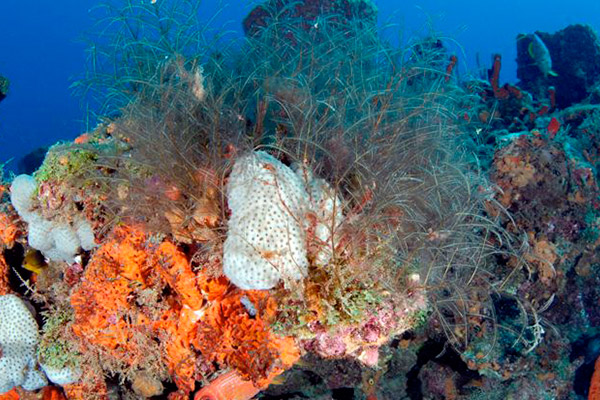 The “Guy Harvey” wreck is a 185 foot freighter originally christened the M/V Lady Kimberly. The ship was built in Holland in 1957, where she spent her last years carrying Island cargo to and from Haiti. In 1997, Guy Harvey together with the Pompano Beach Fishing Rodeo towed the vessel from Port au Prince to Ft Lauderdale. 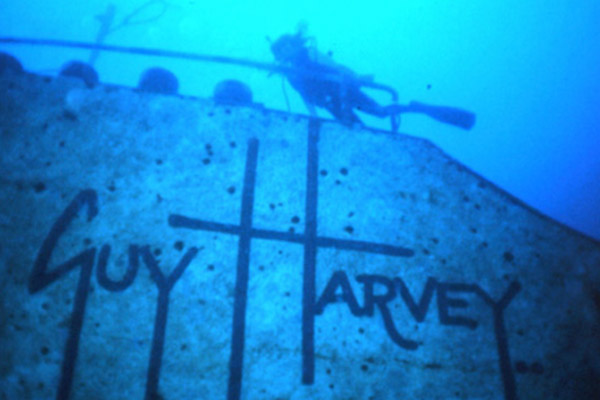 Guy painted sharks and other game fish outside of the ship before she was sunk May 10, 1997 in 140 feet of water to form an artificial reef. The wreck is located 3.5 miles south of Hillsboro Inlet. Her top deck is 110 feet below the surface. Barracudas, Hogfish, and lobsters make this wreck their home. This dive is reserved for advanced divers only. Avg Depth: 122 ft. / 37 m | Max Depth: 144 ft. / 44 m 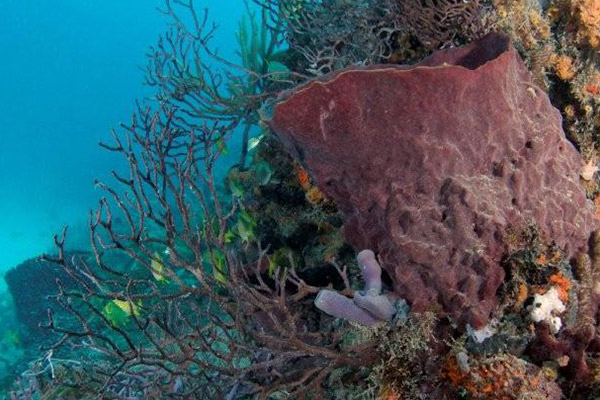 Lighthouse Ledge is a section of the outer reef, running parallel to the shoreline. This is a favorite reef for Dive Operators on rough days due to the close proximity to Hillsboro Inlet and the Hillsboro Lighthouse. It is one the best reefs in Broward County due to its abundance of marine life and its large soft corals adorning the northern hook in the reef. The reef was named after the Historic Hillsboro Lighthouse. Avg Depth: 56 ft. / 17 m | Max Depth: 67 ft. / 20 m 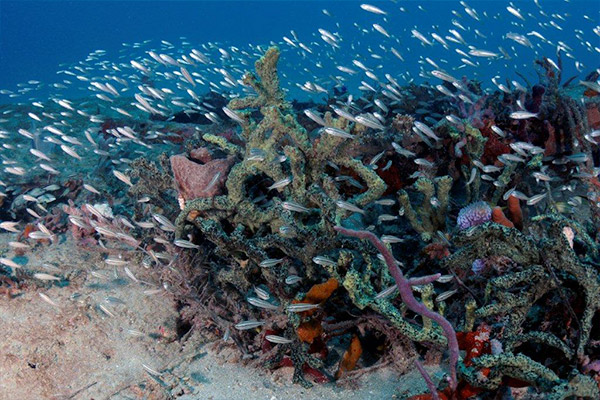 The “Nursery” was named many years ago after the family of nurse sharks that reside here. This is the best shallow dive in Southeast Florida and has been featured in numerous T.V. shows and magazines. It features large undercut ledges, with abundance of marine life. The resident sharks are used to divers that visit and usually swim around or under the boat. Snorkelers also get to experience hundreds of other fish that surround them on the surface. Occasionally you will also see the resident moray eel. Avg Depth: 24 ft. / 7 m | Max Depth: 33 ft. / 10 m 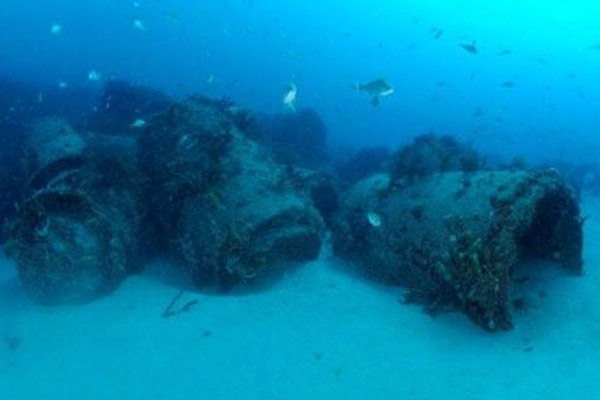 The Sea Emperor, approximately one mile southeast of Boca Raton Inlet lies the wreckage of the 171-foot Sea Emperor. The hopper barge lies upside-down in 72 feet of water and is surrounded by 1600 tons of drainage pipes and concrete pilings. These objects were originally intended to sit on the deck of the boat, but the ship flipped over while going down. Penetration is possible in many places along the wreck.

The sea life here is rich and diverse. The drainage pipes have become home to many varieties of sea life. Two stingrays name Ray and Stubby, a moray eel named Baby, and a couple of Jewfish named Fred and Ethel are regularly sighted at this location. Nurse sharks, grouper, and snook also inhabit the area. This is a photographer’s paradise. This dive site has been featured in numerous magazines and T.V. shows worldwide. One hundred feet east of the wreck is Stingray Alley, an area used to feed the southern stingray population that lives in this portion of the ocean. Avg Depth: 45 ft. / 14 m | Max Depth: 70 ft. / 21 m 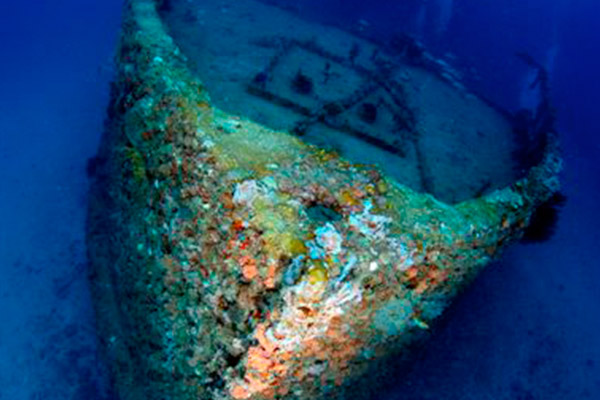 The Captain Dan was a 175-foot US Coast Guard Buoy tender christened the Hollyhock in March of 1937 in Milwaukee, Wisconsin. In 1959 she was moved to Detroit, Michigan, where she was used as an ice breaker in Lake Michigan. She later served in Miami, FL – also as a buoy tender- and in the Bahamas refueling seaplanes for the US Air Force.

In 1982 the Hollyhock was decommissioned by the Coast Guard and was later purchased by a missionary and renamed the Good News Missionship, where she went from port to port spreading the Gospel. She became stranded in the Miami River and with the help of the Boating improvement Program Fund and the Pompano Beach Fishing Rodeo, she was purchased to become an artificial reef.

In February of 1990, the ship was renamed and reefed in memory of Captain Dan Gamsey, a well-known Pompano Beach drift fishing boat owner. Today the Ship lies upright in 110 feet with the bow pointing south. The top of the wheelhouse is around 80 feet. The Dan is covered with fish. You never know what you will see, there has been 2 whale shark sightings here, a day and a year apart. Large barracuda, grouper, amberjack, and other schools of fish frequent this wreck. Avg Depth: 90 ft. / 27 m | Max Depth: 110 ft. / 34 m 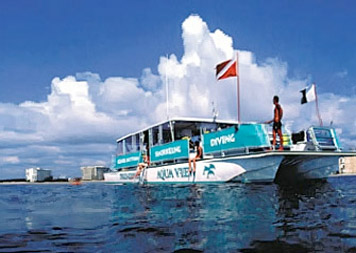 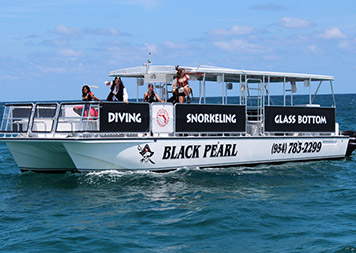 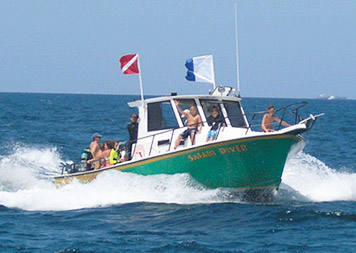 With the price some airlines are charging for extra baggage these days it’s cheaper to rent equipment than to bring it. The Dive Shop carries have a full complement of rental equipment, along with over a hundred mask/fins/snorkel sets to fit all ages and group sizes.

The shop also rents the HD Camera Mask, rated to 130′. You’ll never miss a shot because you forgot your camera or just didn’t want to carry it.

All Prices are Quoted in US $ and subject to 6% Florida Sales Tax.

All participants must read and sign a Liability Release prior to boarding all vessels. To save time during your check in,
download, print, read and sign the appropriate release form prior to arrival. Release forms are also available at check in as well.
All minors (under 21) must have a parent
or guardian signature. 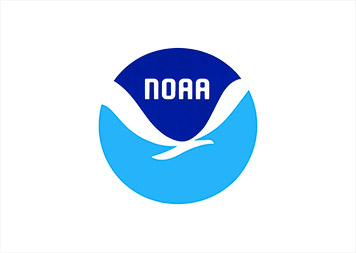