West End is the oldest settlement on Grand Bahama Island and is considered its historical capitol. Predating the development of Old Bahama Bay Resort & Yacht Harbour in 1997, West End has enjoyed a colorful history including rum running during Prohibition. Today West End has changed little from days past of life in the Bahama out-islands as a sleepy fishing village known for its succulent conch, monster tuna and wily bonefish.

Grand Bahama is one of the larger islands in the Bahamas, approximately 100 miles long west to east and 12 miles at its widest point north to south. In the mid 1950’s a Virginia financier named Wallace Groves began development of what is today the island’s principal settlement, Freeport. Since that time, Freeport has become a 230 square mile free trade zone, complete with extensive resort development, numerous golf courses, residential projects and major commercial infrastructure. Some say it reminds them of South Florida! The island even has its stories of colorful residents. The famed recluse Howard Hughes spent many of his last years living on Grand Bahama Island, locked behind the doors of his rooftop penthouse in the Xanadu Resort.

In contrast to Feeport’s development, the vast majority of Grand Bahama remains rural in character, and life goes on with a slow out-island tempo. In 1948 while Virginian Wallace Grove was hard at work with his plans for Freeport, England’s Sir Billy Butlin decided to expand his Butlin’s Holiday Camps to West End by building Butlin’s Vacation Village. This lasted only a couple of years. The property sat dormant for awhile until the opening of the Jack Tar Village Resort in 1951 by the Sammons family of Dallas, Texas.

The Jack Tar was one of the most lavish resort properties in the Bahamas and was the first Caribbean all-inclusive hotel. The resort included an airfield, a marina, a complex of canals, a commercial wharf, a 424 room hotel, 16 tennis courts, a 27 hole golf course and the largest saltwater swimming pool in the western hemisphere. Jack Tar Village, along with the West End Community, prospered in the 50s, 60s, and 70s. Although the resort was closed in 1988 when Mr. Sammons passed away, some past visitors still inquire about the resort.

Old Bahama Bay Resort opened with 72 marina slips in August 1999. The first hotel rooms came to market in May 2001. In 2004, 25 additional rooms and suites were added, and in 2007 a final 24 units were opened. Today, Old Bahama Bay Resort & Yacht Harbour is a proud member of the Guy Harvey Outpost Expedition portfolio. As always, it sits proudly at the westernmost tip of Grand Bahama Island, welcoming visiting families and water-sport enthusiasts from around the world to this little corner of Bahamian paradise! 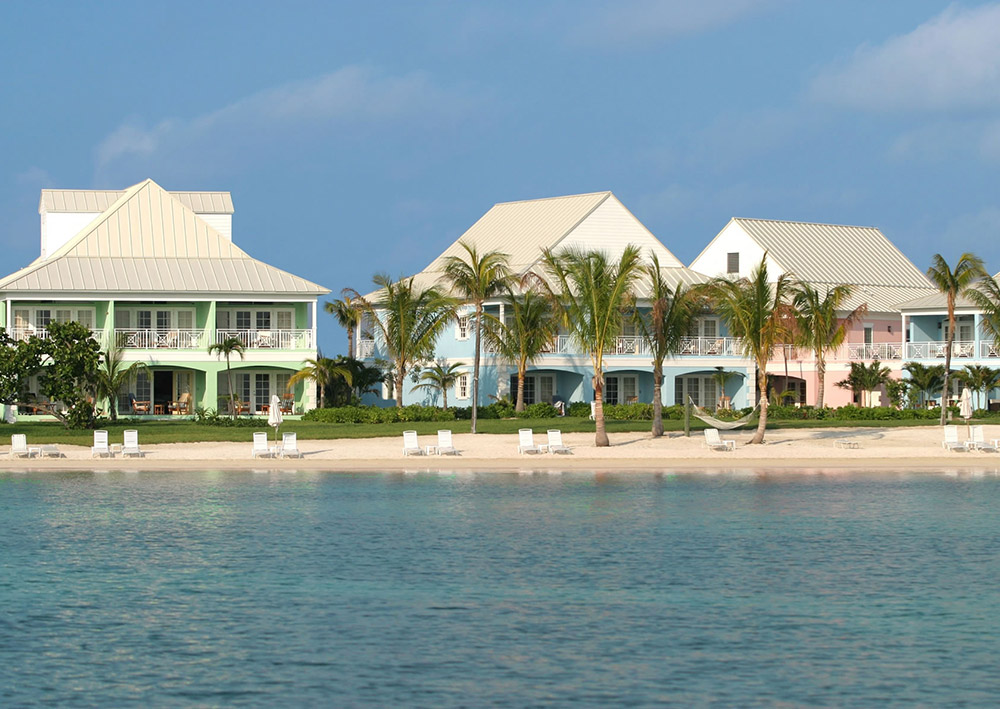 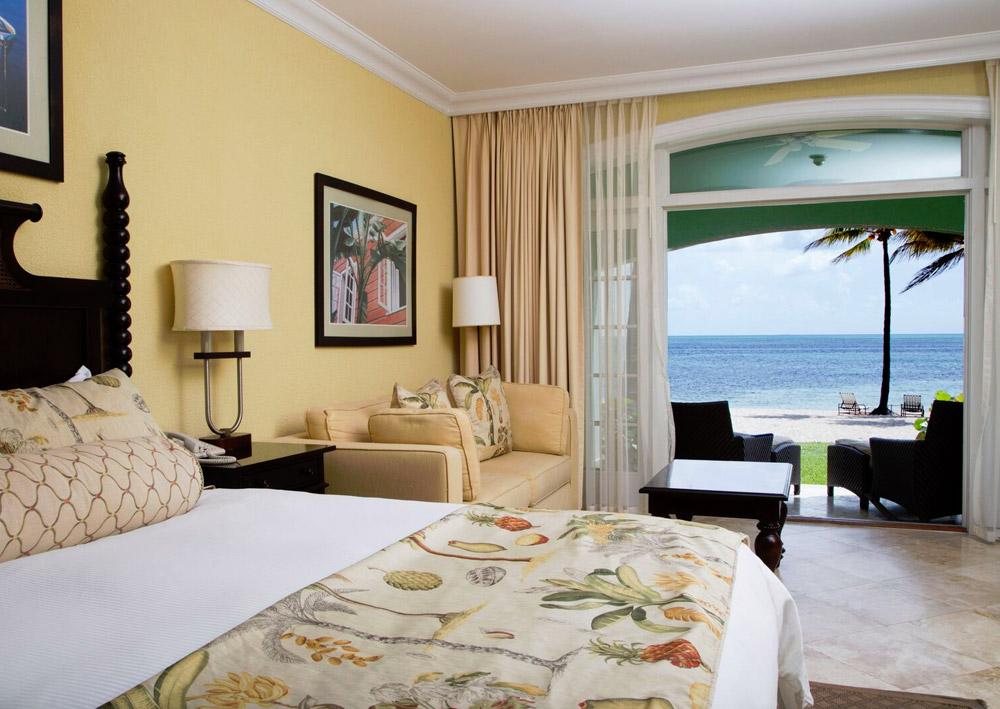 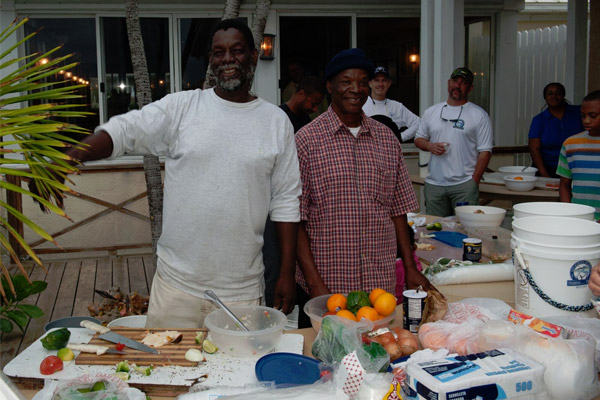 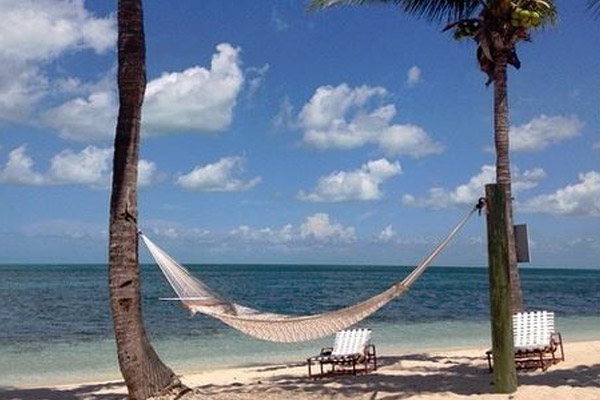 Chill in hammock oceanside or in a beach chair poolside. 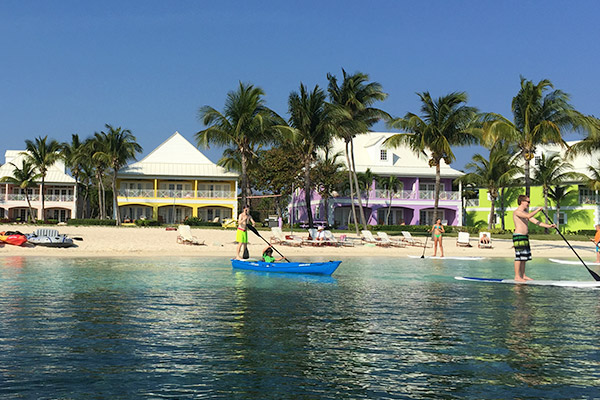 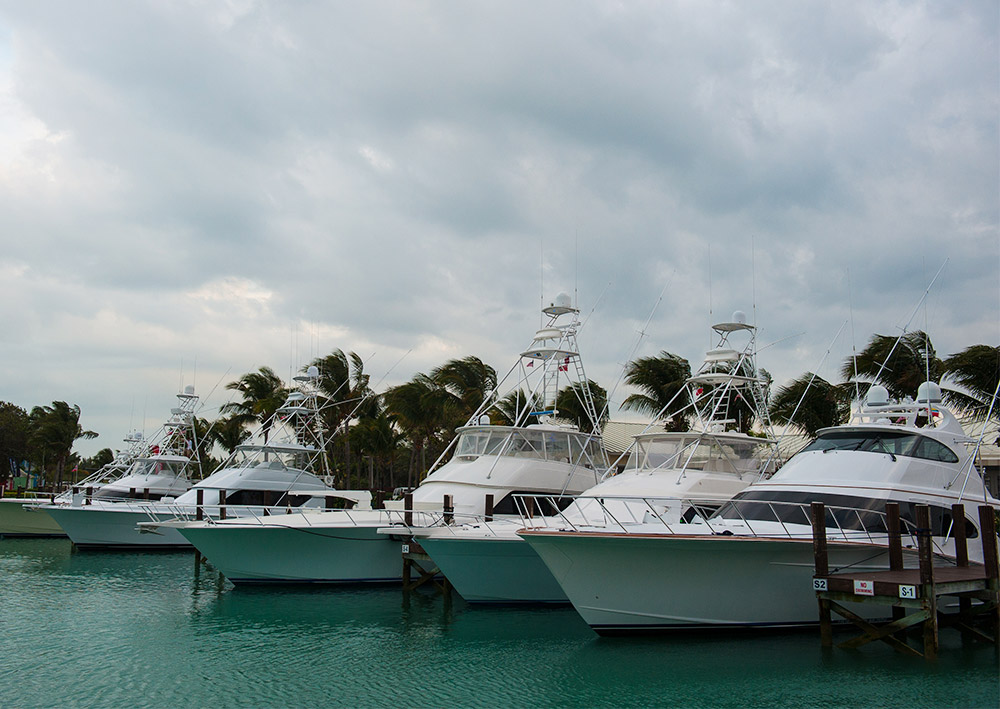 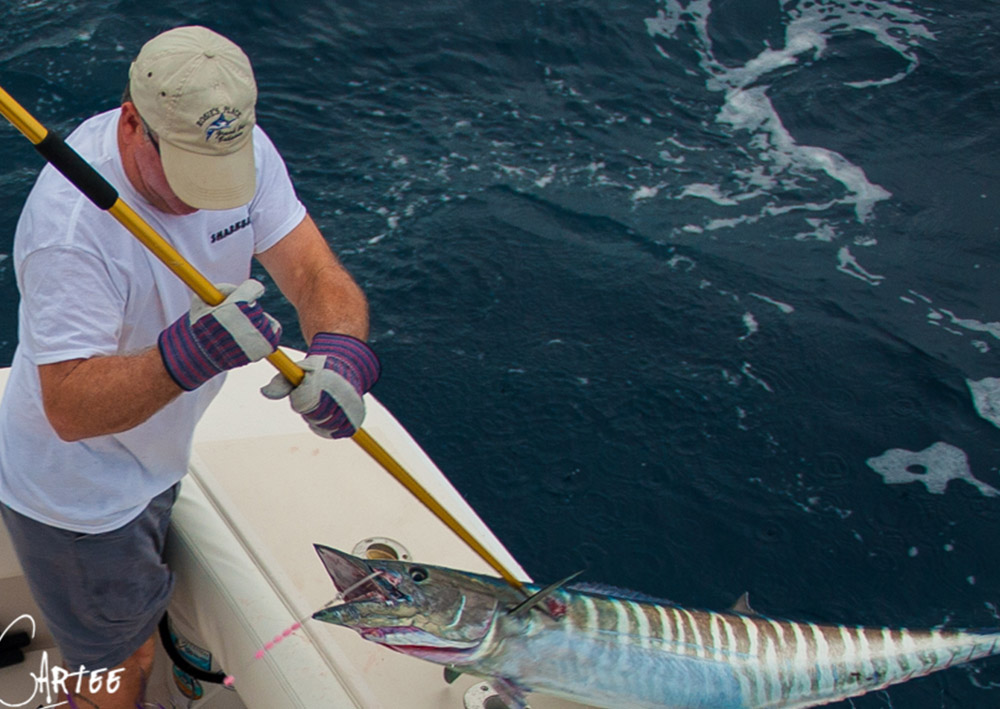 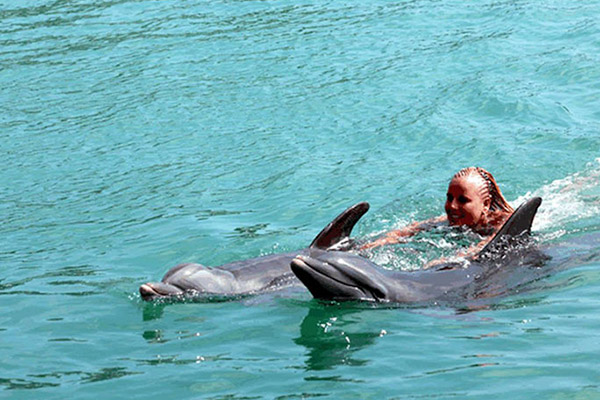 For the nature enthusiasts, there’s no shortage of ways to spend your time on Grand Bahama Island 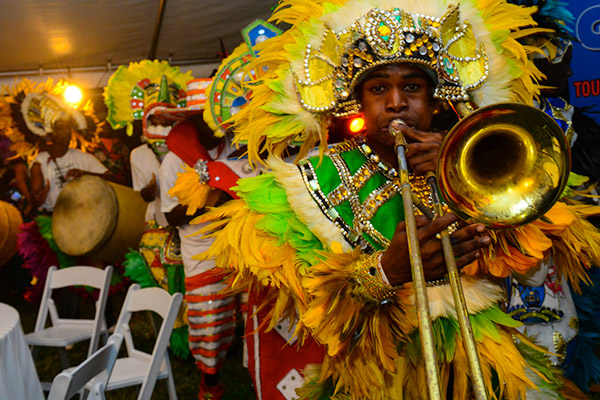 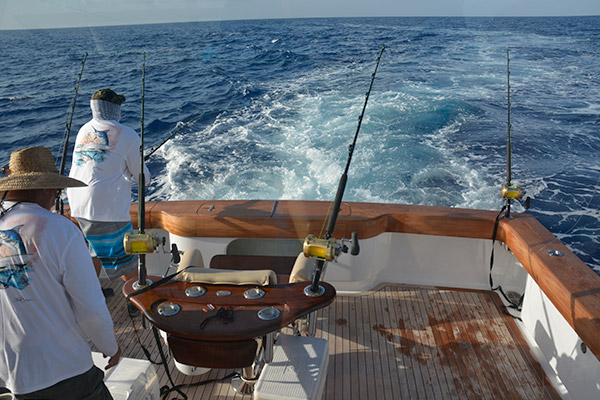