The Galapagos Islands, in their entirety, is a UNESCO world heritage site. Incredible wildlife interaction, unbelievable diving, and remarkable photo opportunities are standard experiences whether you are beachcombing, trekking or diving.

Unfortunately, we don’t have enough of your time today to cover all the unique and interesting facts about the history and science surrounding the Galapagos. From the iconic tortoise, to the whimsical Galapagos Penguins, from flora to fauna and the ever present sea lions and marine iguanas, the diversity of life in the Galapagos is simply astounding, as are the challenges of sustaining the balance of life in the archipelago.

In your personal voyage of discovery through the Galapagos, this is an adventure you will cherish forever!

There is no shortage of interaction with these sustainability challenges, starting with incredible excursions on Isabela (click here), and concluding with an appreciation of the scientific and conservation work being conducted by various worldwide organizations and institutions.

Isabela is the largest island in the Galapagos at 1,771 sq. miles (4,855 sq. km), making up for roughly half of the total land area in the Galapagos, but nevertheless, less than half the size of the Big Island of Hawaii, in comparison. The island was formed by the joining of five volcanoes, the highest of which , Volcan Wolf, rises to 5,600 ft., the highest point in the Galapagos.

Isabela has five active volcanos, including Sierra Negra Volcano which boasts the largest basaltic caldera in Galapagos at 9 x 10km, and second largest in the world . The journey up to the crater begins at Puerto Villamil. From the town of Villamil you follow the road to the small farming area of Santo Tomas where if you have arranged to go via horseback – your horse will be waiting. Whether on foot or by horse the trip takes between 3 – 5 hours, with the top of the caldera offering a spectacular 360-degree vies of the island and surrounding waters, as well as the fumaroles, or “steam valves” beign released form the active crater. The site offers impressive views and the opportunity to observe up to 7 species of finch and a rich display of vegetation. The north side of the caldera provides evidence of its most recent volcanic activity in 2005.

Isabela is home to more wild tortoises than all the other islands, and the only island presenting more than one subspecies of Galapagos Tortoise. Isabela’s large size and notable topography created barriers for the slow moving tortoises; apparently the creatures were unable to cross lava flows and other obstacles, causing several different sub-species of tortoise to develop. Today tortoises roam free in the calderas of Alcedo, Wolf, Cerro Azul, Darwin and Sierra Negra.

The northern Cerro Azul tortoises have a dome shaped shell characteristic of tortoises that live in areas with low lying vegetation. These are some of the largest of the Galapagos tortoises with the shortest limbs as their food supply was within easy reach. Conversely the southern tortoises of Sierra Negra have a very flattened “table top” like shell and longer limbs and necks needed to reach the cactus pads of the opuntia cactus, which is their primary food source.

To protect these species, a breeding station was created to protect juvenile tortoises from the threats of foreign species such as pigs and donkeys. Giant tortoise eggs are collected and brought to the center where they are hatched and kept for five years before being released to their natural environment.

To the west of Puerto Villamil there are various salt and brackish lagoons, or Wetlands, which house an impressive variety of coastal and sea birds. A specially constructed wood boardwalk wildlife trail starts at the edge of town, leading you on a fascinating nature walk through the Wetlands and mangroves. The Wetlands of Isabela are home to a variety of unique bird species such as common stilts, whimbrels, white-cheeked pintails, and gallinules. Along the trail, visitors can also find the largest concentration of flamingos in Galapagos wading in the various lakes and lagoons.

Located in the Port of Villamil, the Concha de Perla can be reached via a wooden pathway. The bay’s calm, shallow, clear waters are ideal for observing the incredible array of marine life. Visitors can swim and snorkel alongside tropical fish, sea lions, penguins and turtles and it is also possible to observe up to 20 bird species.

Urvina Bay sits the base of Alcedo Volcano, south of Tagus Cove. It is considered one of the best and the most recent example of geological uplift in the Galapagos. In 1954 the shoreline was uplifted nearly 15 feet (4 meters) and the coastline was driven 3/4 of a mile out to sea, exposing giant coral heads and stranding marine organisms. The uplifting of Urbina Bay was followed by an eruption of Alcedo a few weeks later.

A visti to Urvian begins with a wet landing on the white sand beach. Difficulty of the route varies by season. The trail ranges from stark and easily passable during the dry season to mildly challenging requiring wading to pass during the rainy season. Visitors cross the uplifted region learning about this geological wonder. Then reach the sandy area that was once the beach. Shorter visits return to the landing point on the same path, while longer visits continue past the coral heads and new beach. Other highlights of this site include marine iguanas and some of the largest land iguanas in the islands, and Galapagos Cotton an endemic plant, historians believe the Incas brought to the islands, while naturalist theorize it floated across from Peru. 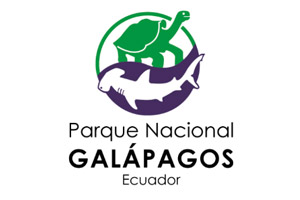 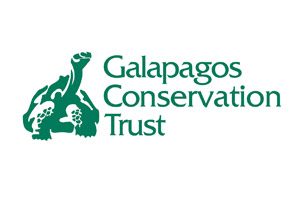 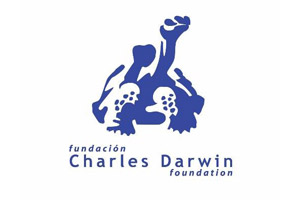 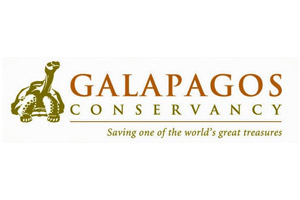 The Charles Darwin Foundation for the Galapagos Islands (CDF) is an international not-for-profit organization that provides scientific research and technical information and assistance to ensure the proper preservation of the Galapagos Islands. CDF carries out its activities in Galapagos under a conservation research and guidance agreement with the Ecuadorian government. The Foundation is part of a network of local and national organizations supporting Galapagos Island protection. For fifty years, CDF has worked closely with the Galapagos National Park Service (GNPS), the main government authority overseeing the safeguarding of the islands’ natural resources, providing the results of scientific research to conserve this living laboratory. Over one hundred scientists, educators, research assistants, support staff, and volunteers from all over the world take part in this effort. The organizational staff is 90% Ecuadorian and CDF is committed to the training of Galapagos residents as future scientists and conservationists for the good of the islands and the country at large. To learn more about CDF, click here.

Galapagos Conservancy (GC) is the only US organization focused exclusively on protecting the unique ecosystems and biological integrity of the Galapagos archipelago. GC was created through the merger of two institutions, the Darwin Scientific Foundation (DSF), founded in 1985, and Charles Darwin Foundation, Inc. (CDF, Inc.), founded in 1992. Although DSF and CDF, Inc. were two separate organizations with different Boards of Directors, they shared an Executive Director and merged to become CDF, Inc., a Delaware public charity in 2001. In 2006, CDF, Inc. changed its name to Galapagos Conservancy to better reflect its mandate of biodiversity conservation and social science research. To learn more about BD, click here.